Launch of a new collection of clothes in the greenhouse of Palazzo Serbelloni in Milan. Ledwall for a top night!

A solution with 60 Christie MicroTiles™ to highlight content and emphasise the partners of Altagamma, a Foundation that brings together high-level Italian cultural and creative companies.
Altagamma consequently decided take part in the Fuorisalone 2017 during Milan Design Week, at the Zegna studio. The official announcement of Alfa Romeo’s entry into the Foundation also took place during this event.

DRIVING ENGAGEMENT WITH A PHOTO BOOTH

Insert a “magic” token, turn the handle on the stove and take a mini-apple pie! We will capture your expression and your amazement with a photo or a gif sent by mail and which can be shared on social media. This is the application developed for and with MRM-McCann for the Indesit brand to create a truly special “vending machine”.

For Hermès we developed the app in various editions for a photo booth which takes centre-stage in a series of in-store events organized by the brand in Italy. Customers immortalized their own outfit with a snap, after choosing the brand’s accessories, with a flood of single and group photos.

WITH PEPSICO AT MILAN DESIGN WEEK

Following a good start, the second time was great as well 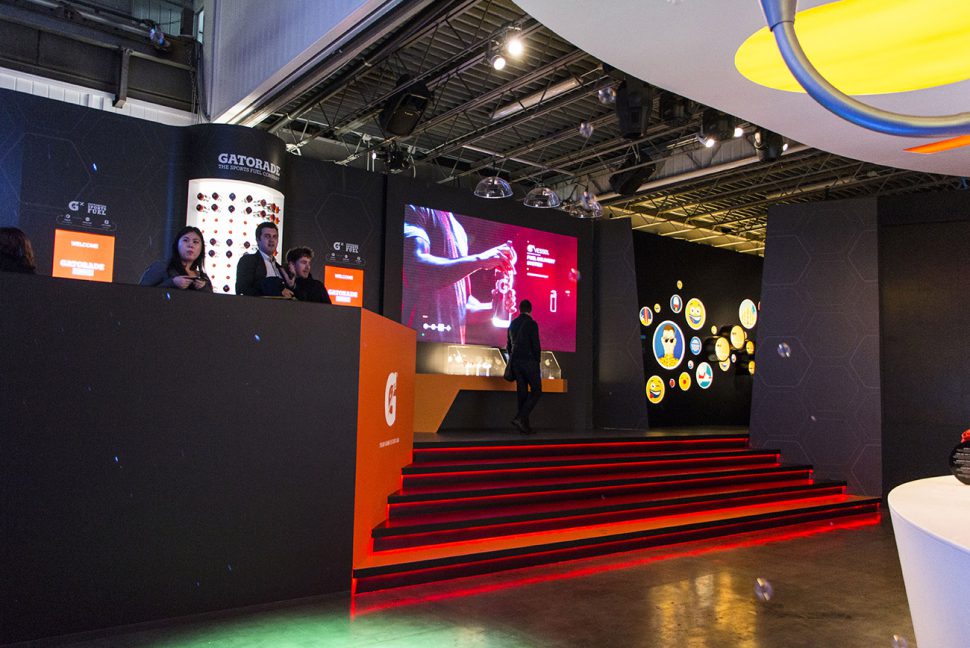 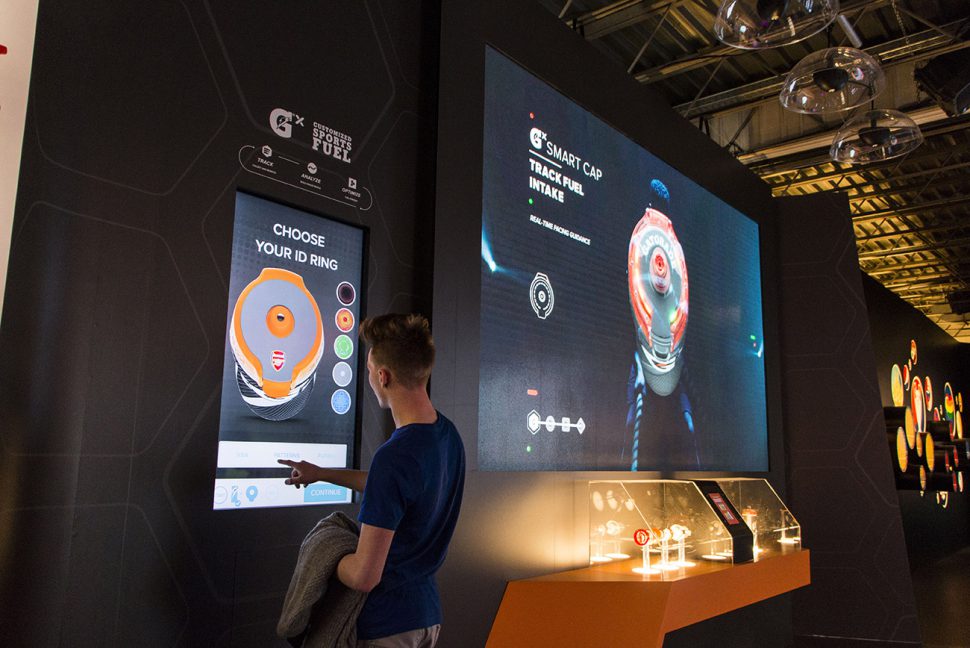 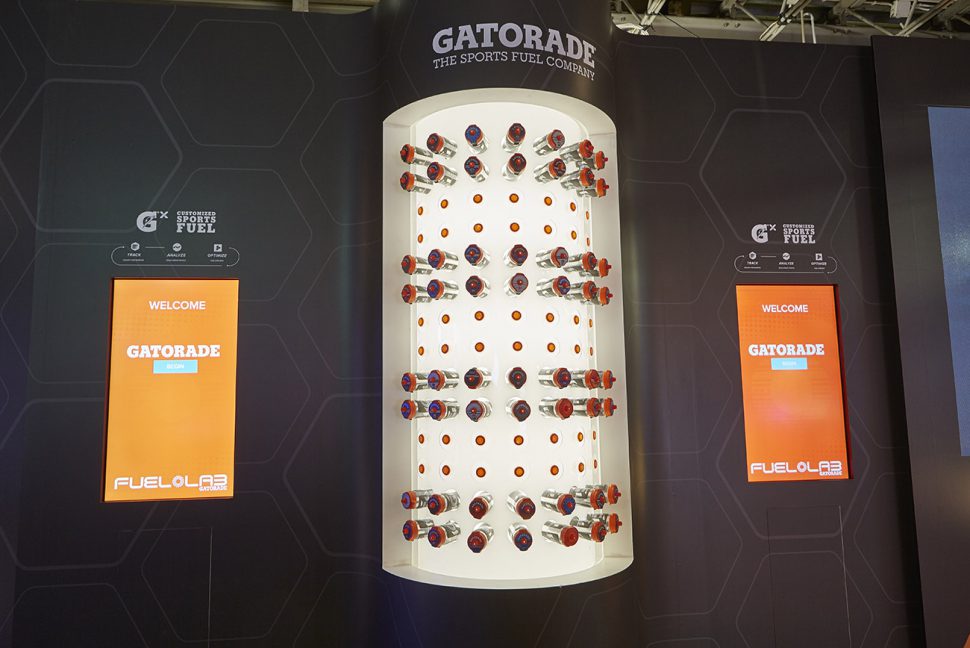 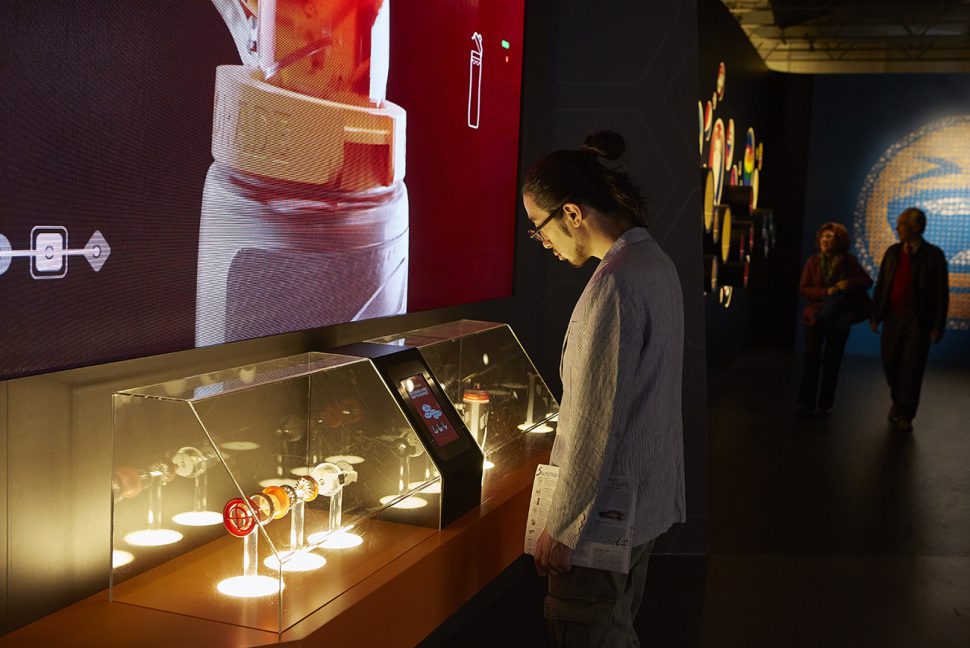 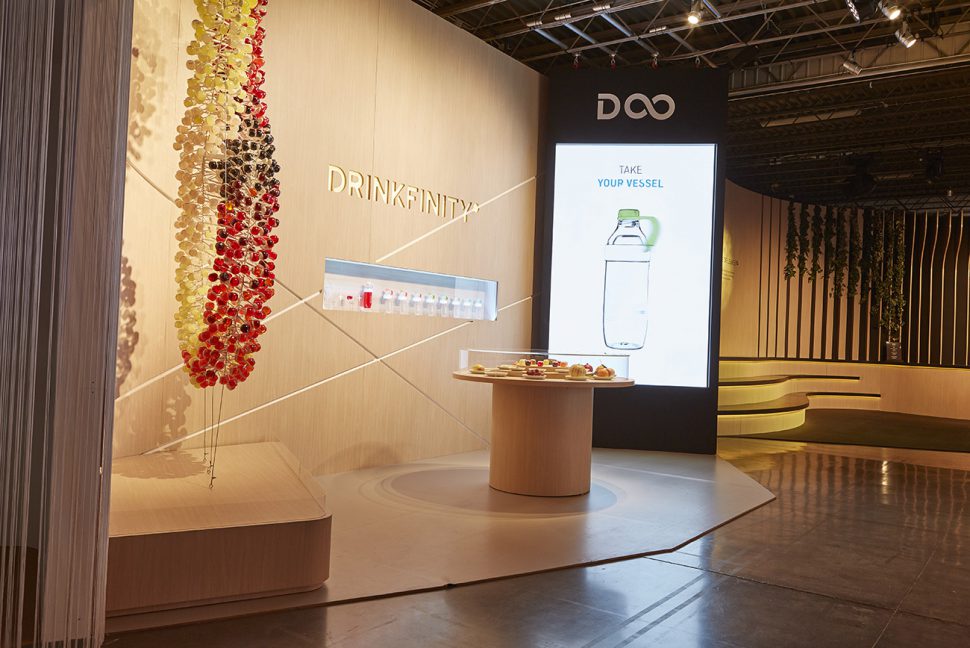 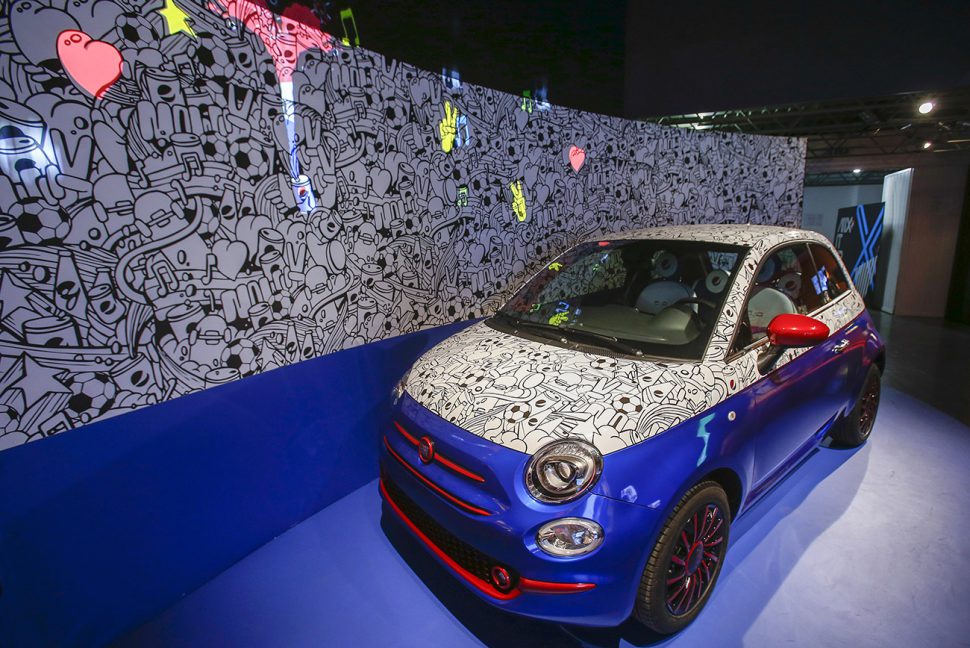 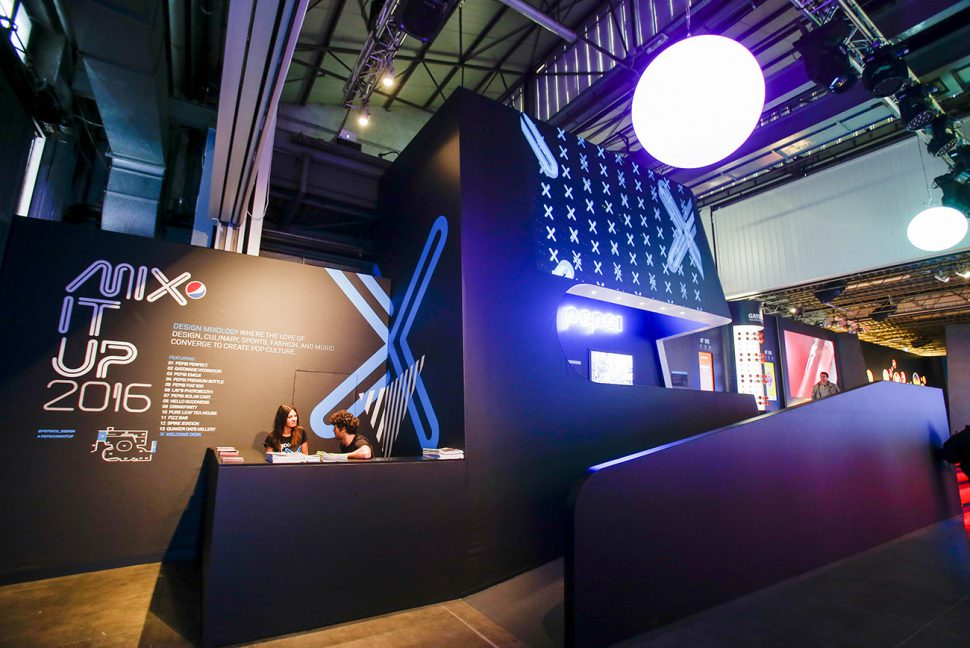 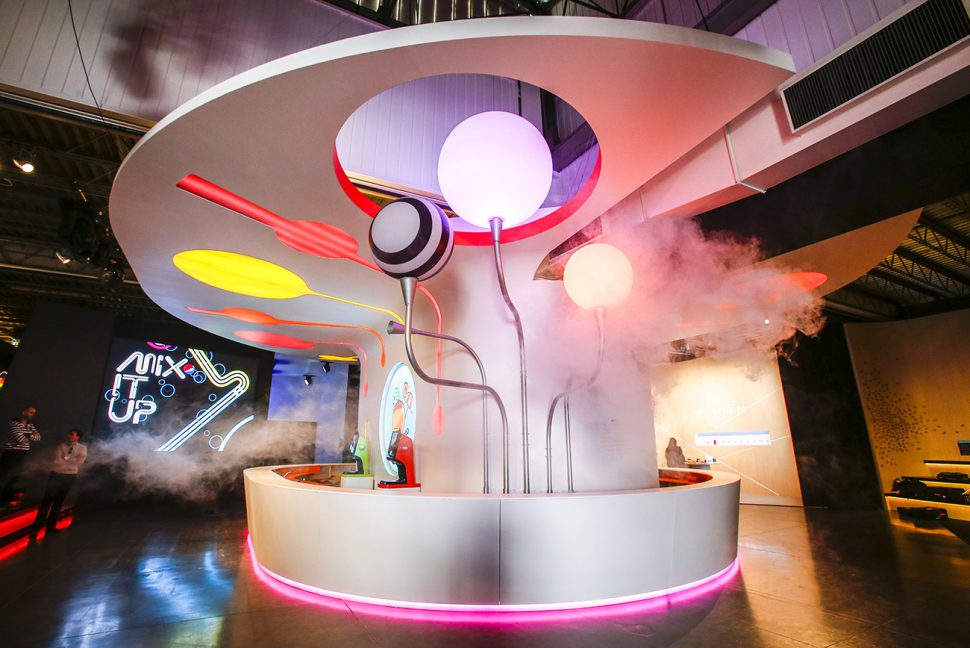 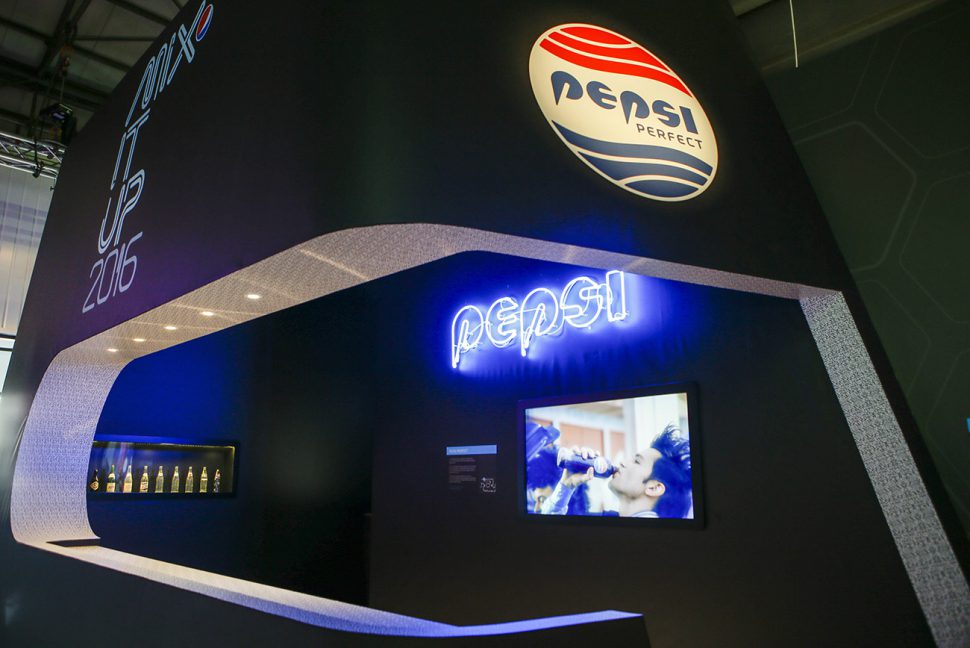 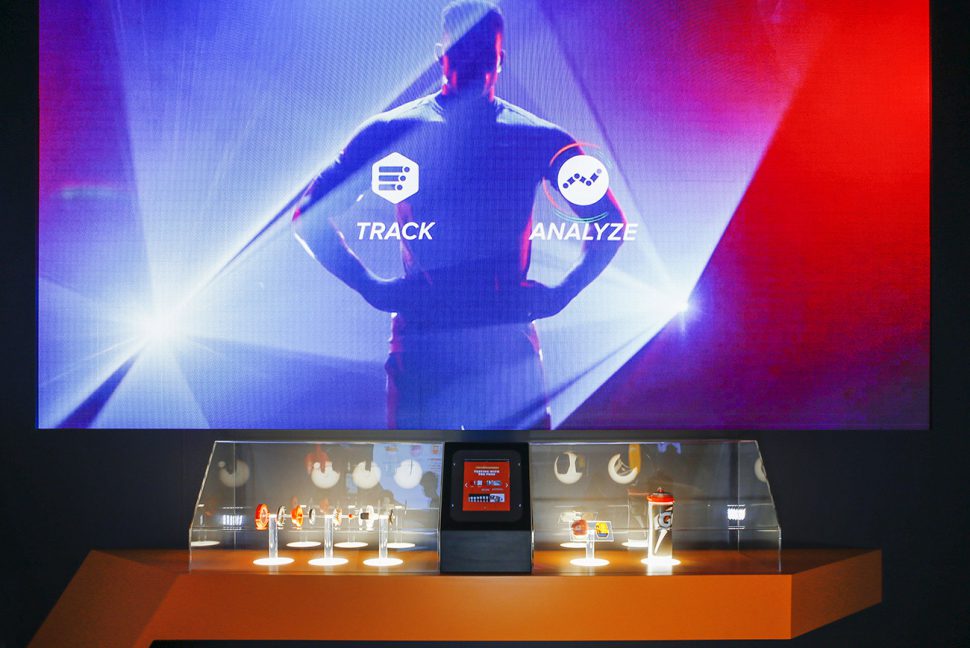 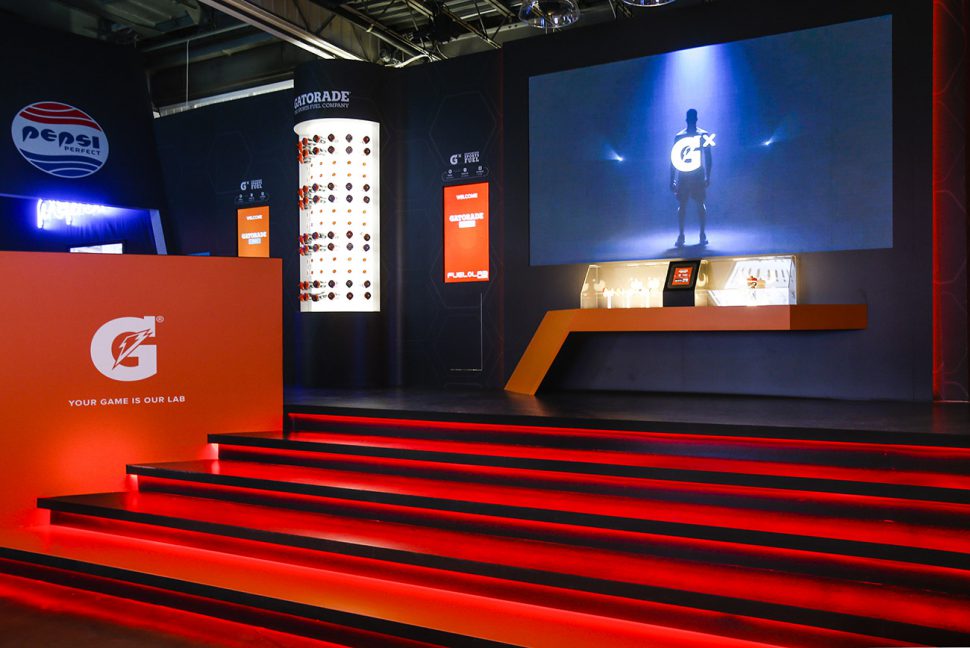 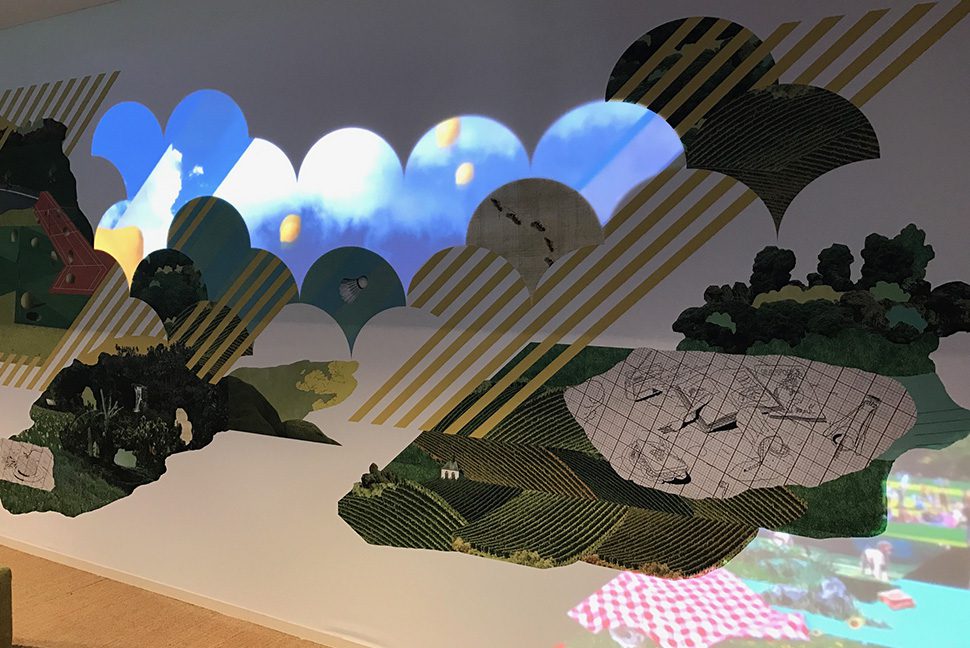 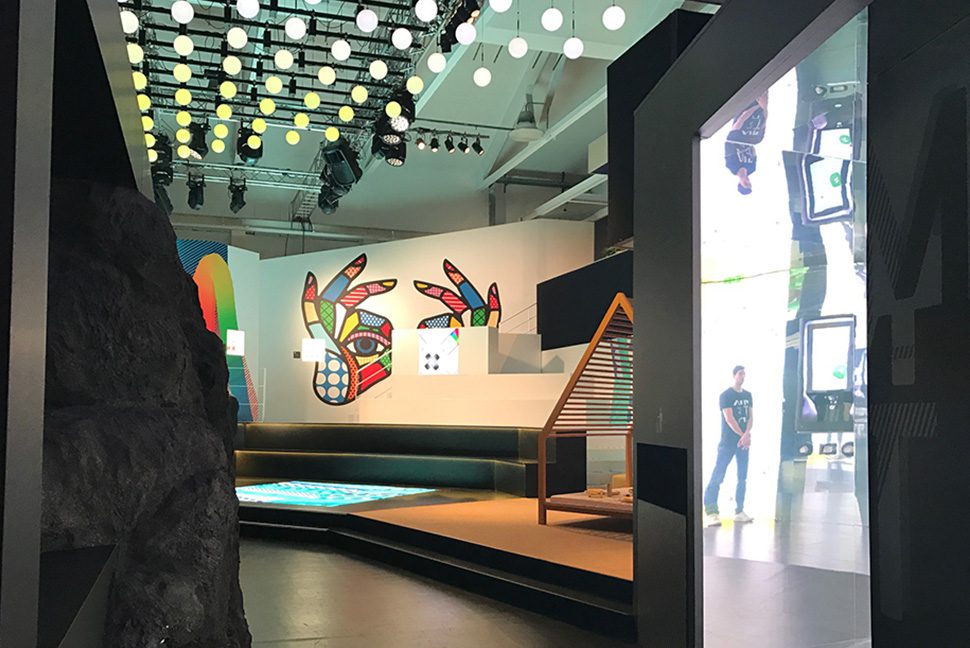 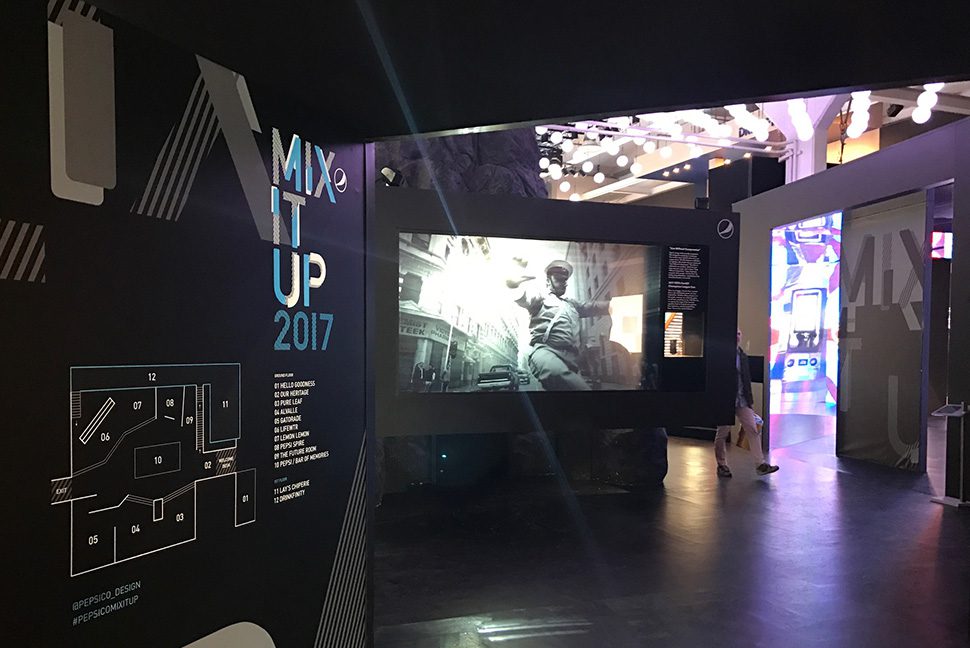 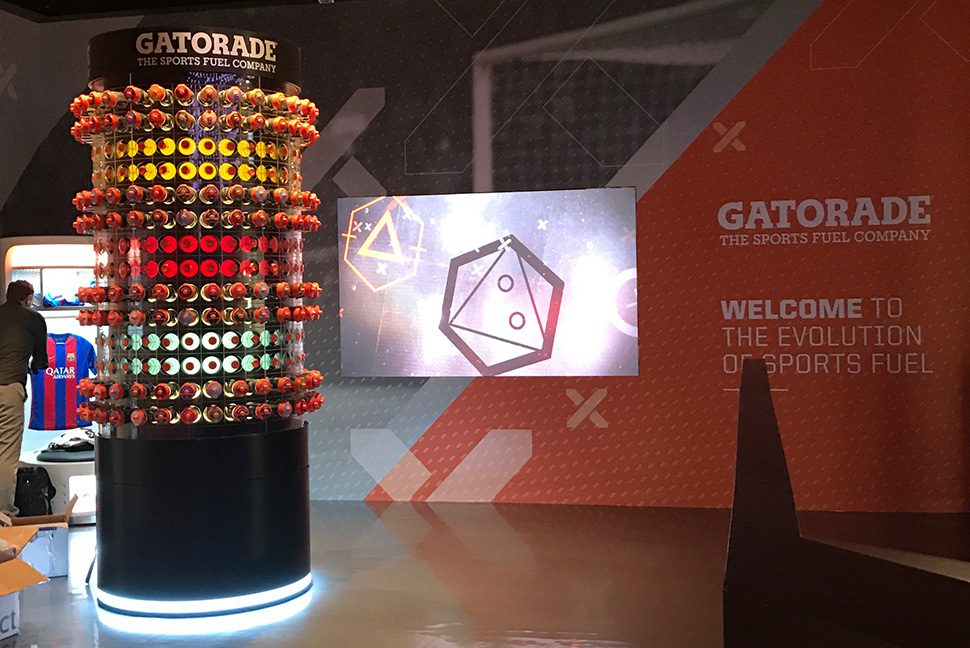 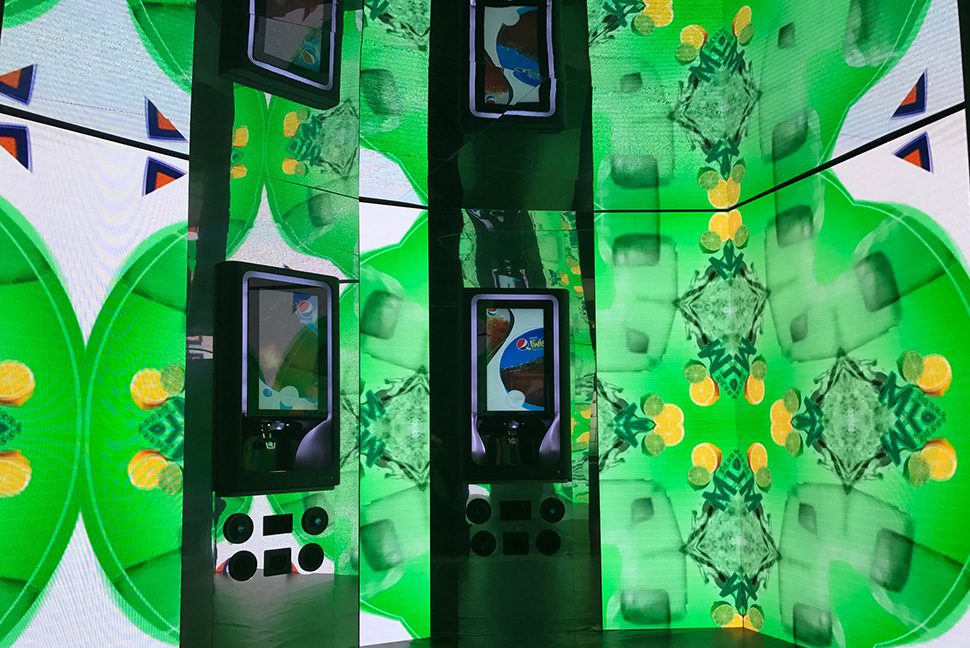 Directly involved with PepsiCo US and working closely with the PepsiCo design department, headquarted in New York, Excogitare, Bluefactoryevents and Icet Studios created the space and audio, video and lighting installations for “MIX IT UP 2016 “at Superstudio 13 in Milan. An intriguing pop mix with design, music, fashion and culinary art, in collaboration with great talents from the international design industry such as Fabio Novembre, Karim Rashid, Lapo Elkann + Garage Italia Customs, Benjamin Hubert, Jeremy Scott, Design Group Italia and many others. 7 activities, 7 different concepts developed by 7 different designers for a single space, which experienced different moods with lights, sound and atmospheres, both during the day and night. An LED wall and monitors with interactive content, projections, lights, audio and VJ, with special effects including soap bubbles and smoke, were all followed by 360° recording, photo shoots and videos. The client’s trust in the team was reconfirmed for the 2017 edition with a new design in collaboration with Design Group Italia, Mathieu Lehanneur, Luca Nichetto, Fabio Novembre, Davide Oldani, Studio Job and Patricia Urquiola to offer an interactive and engaging showcase where the past, present and future converged in an exploration of how we eat and drink in a hyperconnected society. The project featured an LED wall, water screens, light effects, projections and DJ set.

OLED screens are now a reality and are starting to be mass-produced for the professional market. We offer double-sided 55″ monitors from LG, available to buy or hire. With a thickness of only 7.9 mm, the two sides of the monitor can also handle different content.Extremely bright, high-performance and ultra-thin, black hues appear really black and the content is visible from all angles. They’re definitely worth trying.Excogitare: the rental experts for all your events. 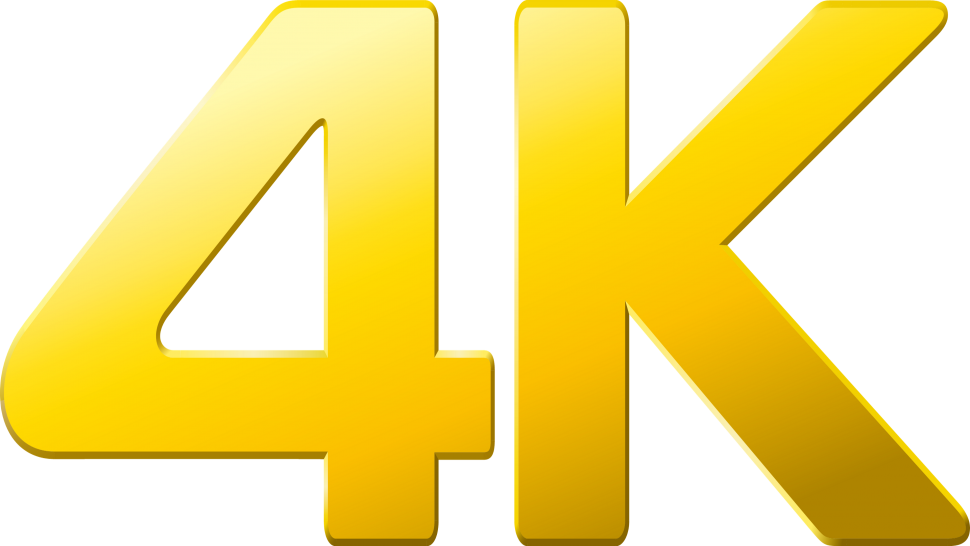 Available to hire for your events

We can provide display systems in 4k with projection, Christie Microtiles and monitors.
Our key partners are able to handle high resolution content: Analog Way, Christie, LG, Samsung, Panasonic, Blackmagic, Coolux and Lightware.
To make your events even more amazing we can offer solutions and advice regarding small and large formats in 4K.

Even Cartier chose Christie MicroTiles™ for a "press day" in Milan

A video wall solution composed of 24 MicroTiles™ with Christie multitouch iKit added zing to an interactive application created by Excogitare. The whole ensemble helped to enhance the collections of fine jewellery from the French fashion house.

A 30-meter banner for a new concept

Blue, a new and glamorous retail area for clothing and accessories on the lakefront of downtown Lugano near the new LAC cultural centre, houses a banner video made with 11 Christie DHD 675 projectors of 6000ANSI lumens. We developed the multimedia project, in collaboration with the architectural firm Spatium, with a forceful brief from the client to put the accent on innovation. We identified the best technological solution, installed projectors and created and produced the video content, which included managing graphics solutions at a resolution of 17,000 x 1,080 pixels. The various editions of the 30m x 2m video banner will, over time,develop various concepts that will focus both on works of art as well as on the products of the brands represented in the boutique.

Versace asked us to create various solutions for their head offices and stores throughout Europe.
We provided productions with multimedia technologies for fashion shows, multimedia systems for the Vetrastreet theatre in Milan, as well as for the stores in Venice, Florence, Rome, London, Paris and for some showrooms.
Excogitare has also realized multimedia installations for the board room of Versace’s HQ in via Borgospesso in Milan. We also set up a monitor system in the reception and equipped the meeting room with technology hidden from view by custom-made leather panels as part of the bespoke interior design project

Once again, on the occasion of an important event, this time in Cologne in Germany, we used the technique of multi-screen projection that allowed us to recreate a dynamic environment where the images projected became the true stars of the venue.
We took care of the production for 7 screens, as well as directing and co-ordinating the event and installing  the visual display system. 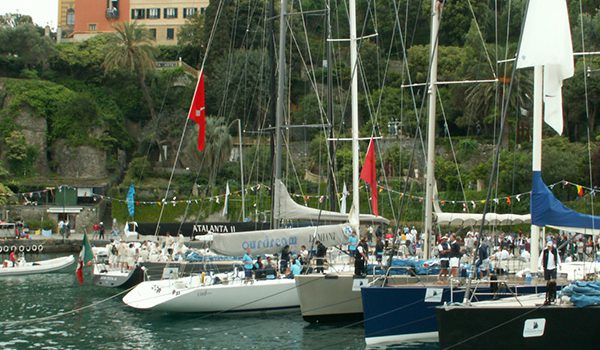 Three days of racing with 360° shooting of the race course, featuring cameras on the ground, on boats and on inflatables in the water 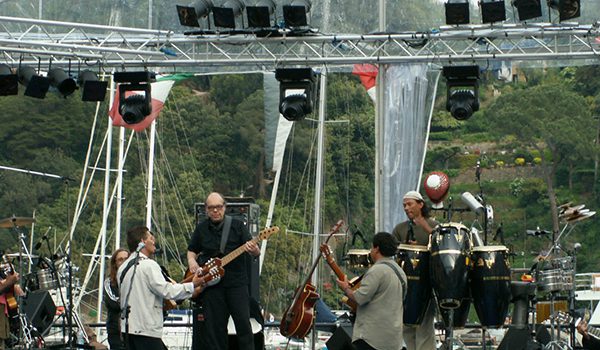 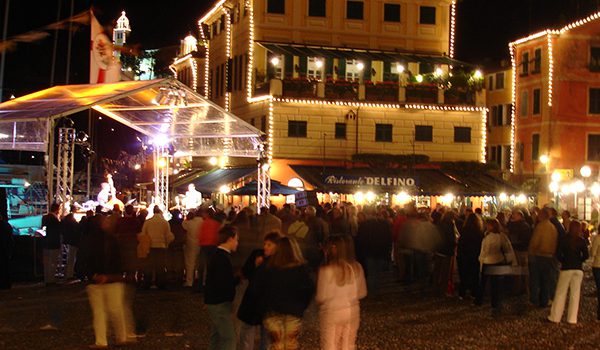 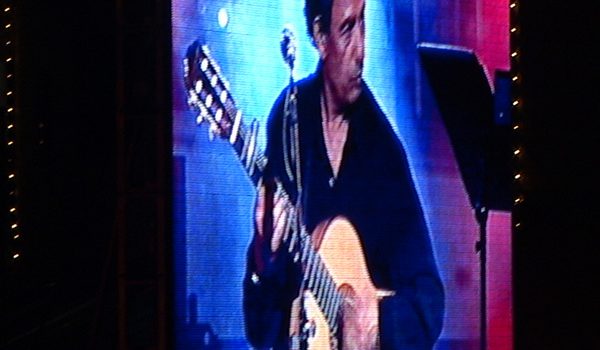 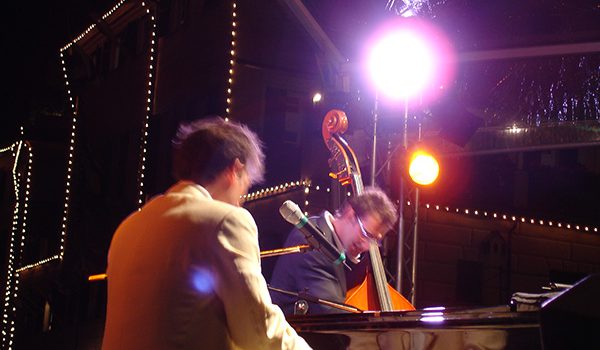 The final movie: "ZegnaTrophy " and the party at the castle 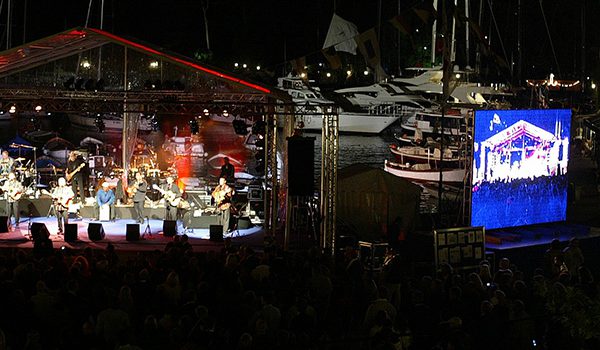 We have supported 10 editions, up to the 25th and latest anniversary of the race. We also continue to collaborate on projects for the showrooms.
Share this project:

Performance at the Teatro Nuovo in Milan 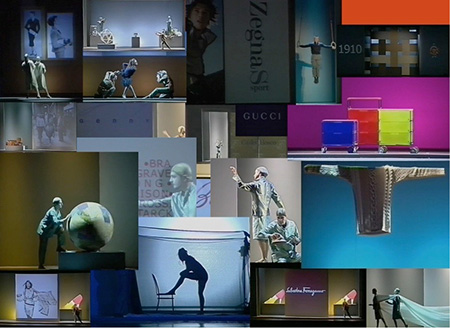 "From Italy," Performance in one act at the Teatro Nuovo in Milan. 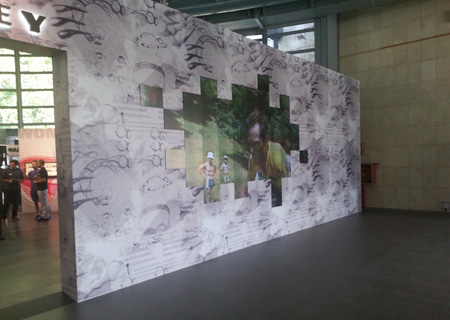 Eurofiere and Euphon needed to make the wall of the Oakley stand very special.

At the private event for Luxottica buyers at Villa Erba, Como in July 2013, we installed a video wall of 56 MicroTiles™  and optimised the content.

Inauguration of the new Hermès store in Varese

Hermès needed to create a special atmosphere for the opening of their new sales point in Varese. A spectacular party in the piazza under a marquee specially made for the occasion featured the projection of live images of the evening and combined to made the atmosphere even more exciting.We were in charge of displaying video recordings and a live feed from the event on the big screen.
We also handled the post-production of a promotional film for the new store.

This was a glitzy event in the heart of Milan. It was carefully staged with elaborate set design, lighting, projections, sound effects and a small stage for the guests of honour.
We managed the video production and installation in all its phases, as well as co-ordinating and directing the event.

An explosion of design, a voyage into the Segis universe

In collaboration with an architectural firm in Milan, we inaugurated the Segis showroom in the heart of Milan.
We oversaw the technical design of one of the showroom spaces and the production of a movie in high resolution for the projection screens.

Vibram also chose for the first time Christie MicroTiles™ with a configuration that has reproduced the shape of the company’s logo with 52 MicroTiles™ for the firm’s Christmas dinner, held specially for its partners in Montebelluna, Treviso. To celebrate with all their employees at the Albizzate factory in Varese, Vibram chose a solution which involved projecting onto four large screens in Milan. We provided both solutions and the highly effective content production was prepared directly by the customer.